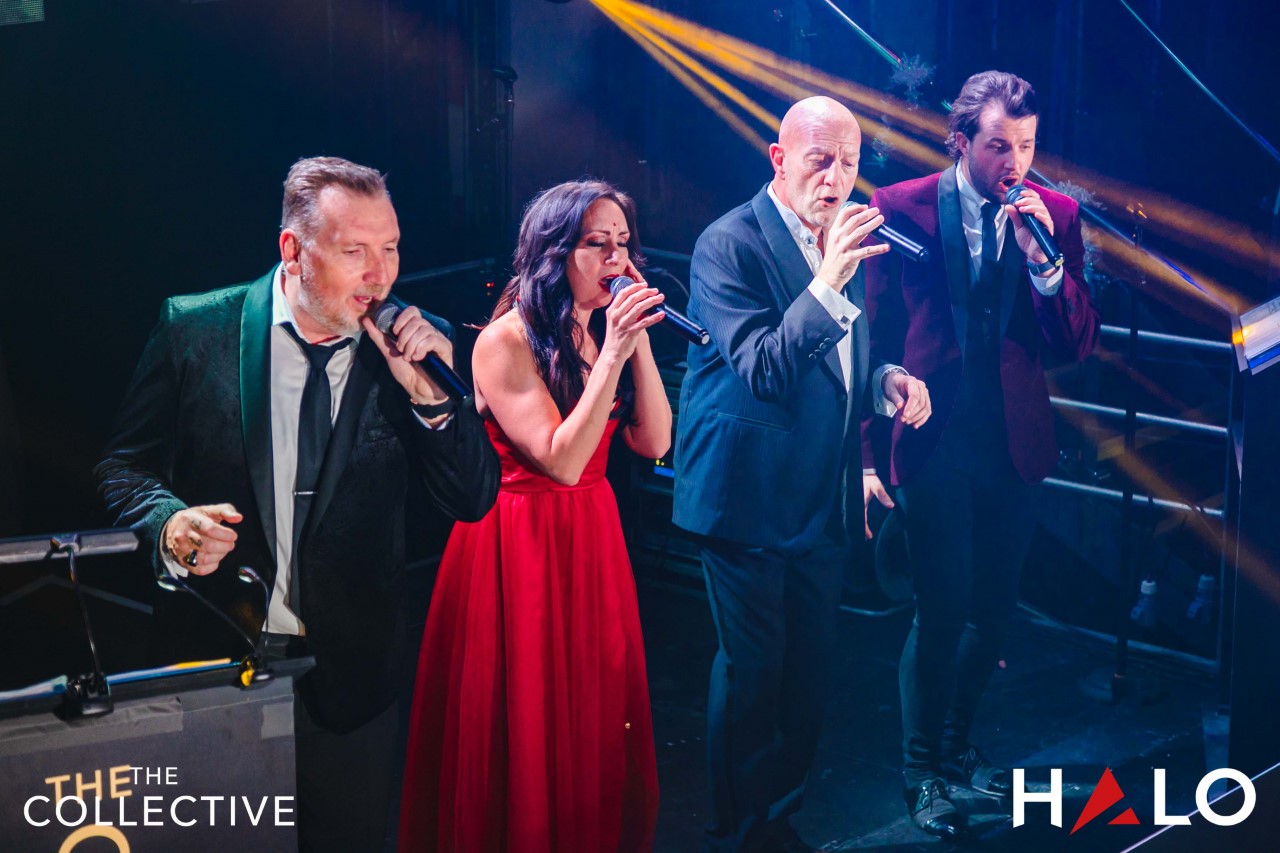 In 2017, following the death of George Michael, Paul received a call from his good friend Darren Northeast along the lines of “Paul, we have to do something to celebrate his life or something…..???”

An idea began to formulate about putting on a concert for the charities that George generously & secretly supported, originally for local musicians to come and individually perform his songs in a pub somewhere in Bournemouth. The more they talked the bigger the idea became – fast forward a few phonecalls, most of which started “You’re going to think I’m mad but….” and the “The Collective” were born.

Just six weeks after the initial conversation between Darren & Paul, on February 2nd 2017, they played their first gig “The Collective Celebrates……George Michael” raising over £5k for the British Heart Foundation & Childline in front of a sell out crowd in one of Bournemouth’s biggest independent live music venues, Canvas.

It was so much of a success that when, sadly Prince passed away, there was huge demand for the band to perform again. Just two months later they held another sell out evening at Canvas entitled “The Collective  Celebrates……Prince” raising over £1.5k for the small charity Purple Wings.

More charity performances followed, supporting Julias House & Oakmead Hospice, with more & more songs being added to their considerable set – as all of the members were “gigging” musicians it was a joy for all of them to give back to those in need and there was a growing sense that this could be something more permanent….

After a couple of line-up changes The Collective settled into a quartet of 4 of the top performers in their area –  Gem Rose, Chris Manning, Danny McClafferty and of course Paul.

This culminated in a  fabulous night in Bournemouth where they performed “The Collective Presents……… Swing,” however, this gig Chris decided to step down and so the search was on to find a new member, In October 2020 Scott Haynes became the newest member of the gang, The vocal foursome have since gigged regularly supporting good causes, events & celebrations including a major concert at the Halo venue, again in Bournemouth, where they performed “The Collective Goes To The Movies!”

Their themed evenings – whether by artist, group or genre – are a must if you want to dance & sing plus they’re perfect for your charity event, party or celebration.  Their style is uplifting & infectious, their talent undeniable and their ability to entertain first rate – get in touch to find out how to get “Collectivised”